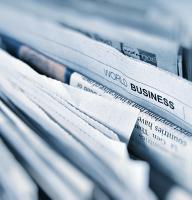 The terminal was developed under a Build, Operate and Transfer (BOT) agreement across 49 acres of land in Thilawa after receiving approval from the Myanmar Investment Commission and on recommendation from the government, said U Aung Thet Mann, executive chair of Elite Petrochemical, during the opening ceremony of the terminal. U Aung Thet Mann is son of former Pyithu Hluttaw chair U Thura Shwe Mann.

The entire project will be developed in phases. Phase 1 includes construction of a 20,000-tonne jetty and storage facilities for up to 3,000 tonnes of LPG.

Design of the terminal and storage facilities were drawn up with the help of China Harbour Company and China National Petroleum Company, respectively. In the second week of April, a 1,000-tonne LPG vessel docked for the first time at the port.

With Phase 1 now fully complete, Phase 2 will see the firm building storage capacity for up to 25,000 tonnes of LPG and up to 100,000 tonnes of diesel and petrol. This is now around 40 percent complete, U Aung Thet Mann said.

He added that so far, Elite Petrochemical has invested a total of $48 million in the entire project. The company is planning to plough an additional $80 million to complete construction of the oil and gas storage tanks.

The launch comes at a time when the government is encouraging the private sector to invest in the import and distribution of LPG as a clean alternative to electricity for cooking. LPG is a byproduct from the refining of petroleum.

In his opening speech, Union Minister for Electricity and Energy U Win Khaing said wide adoption of LPG for cooking can help the country save a significant amount of electricity.

Currently, the MOEE produces LPG at two State-owned plants in Minbu and Nyaungdon. Meanwhile, LPG is also imported from Thailand via the Myanmar-Thai border. So far though, supply has not been sufficient to meet demand, particular from the residential space, and costs are high.

As such, the government will now rely on LPG imports to meet the shortfall in supply. “If LPG can be supplied to the rural areas, it will also reduce the use of firewood for cooking in addition to helping save electricity in Myanmar,” said U Win Khaing.

Among the other companies involved in importing and distributing LPG are Parami Energy Group, which last year won a K6.5 billion government tender to lease a jetty and storage facility at the Thanlyin refinery in Yangon Region. Once ready, the facility could add up to 20,000 tonnes of LPG to the Myanmar market.

The project will include construction of a jetty, storage tanks, loading and unloading facilities and a gas-filing plant across 32 acres of land near Bogyoke Village, which is also in Thalyin township.

To date, Myanmar has granted nearly 600 LPG licences to a range of commercial businesses, according to U Zaw Aung, director general of the Oil and Gas Planning Department under the MOEE.

The MPE, also under the remit of the MOEE, has granted operating licenses to 15 LPG filling stations across Yangon, Myawady, Mandalay, Shan State and Tanintharyi Region, according to Daw Yee Yee Khin, deputy director at the production department of the MPE.

With the additional infrastructure and investments, the World LPG Association reckons LPG supply may well exceed demand over the next seven years.

Myanmar consumes the least LPG compared with other neighbouring countries in the region. The monthly consumption of LPG in Myanmar is only around 6,000 tonnes, said U Aung Thet Mann.

As such, Myanmar could be using LPG extensively as an energy source over the next 10 years if it is managed and distributed well, said U Aung Thet Mann.

Already, foreign experts have been recruited to advice on developing a system of safety standards and regulations and share knowledge with local stakeholders on distributing and using LPG.

While LPG may still be expensive owing to the added costs of storing and transportation, prices are expected to come down as demand and supply finds a balance in the coming years.